In nature, the shape of things does not come about by chance but it respects precise laws which take into account the aggregation of material of which they are composed. This is a fact, from tiny particles to macroscopic compounds. And these shapes also vary in stability. No architect, no matter how brilliant he is, can possibly create such perfect shapes. For my part, I don’t believe that there is a shape created by man that hasn’t already existed or exists in the universe. So, we can only make copies. Even soapy water tends to form transparent films with coloured reflections according to those laws.
Giovanni Fanetti, before being an illustrious photographer, is an inquirer, because he is both intelligent and naive. It is the innocence of children. Children are always ready to be grasped by astonishment, finding amazement at anything new and are immediately willing to understand the meaning and deeper meanings of things which are the aspects at the heart of the beginning of emotion, to become big and at the same time become awareness and knowledge.
This is why he never stops, he never stays inside a perfect result, but he is always looking for, rather he always finds, new worlds to explore and which he faces without any kind of hesitation. On the other hand, photography shows us how the progress of authors, even the most important ones is a narrative procedure which has its own pace and which is inside each one of them. It loosens up in time, like a long rope which opens the curtain, always more clearly, on the things of the world to which they are privileged witnesses. They are the epic poets of our day, the Aoidos who narrate terrible and tender, brutal and moving stories travelling a route which does not allow for any detours, with that special photographer’s skill in relating, demonstrating and filtering from their intelligence and sensitivity, all the stories, facts and things. The gratitude and obligation we owe to them is great.
These are photographers.
Sometimes an intruder comes along, himself a photographer, who is not satisfied but is looking for something more. He belongs to the world of inquirers. What better instrument than photography could he have chosen for seeing better, observing and understanding. Of course he will be “odd”, but then when has an artist ever been normal?
Giovanni Fanetti is “odd”. These photographs which appear to be normal have something of the incredible about them, and they let it be known without any shadow of a doubt. They are tension, songs on a fine line of melodies that harmonise with unexpected itineraries or are so right that it is impossible to imagine the slightest change. They are perfect simplicity, a result of those aforementioned laws that do not acknowledge anything else but themselves. The poem which comes from this is making art. A long article about bubbles was published in an edition of the monthly magazine “Science” and it contains some photographs of these bubbles as an example of artistic worth. Comparing these works to the photographs of Fanetti would be humiliating for these hotographers. And to think how Giovanni never tires of telling me how difficult it was to make his bubbles, and even worse make them last long enough to take the photographs. This is his naivety, the fact that he doesn’t realize that he produces miracles! 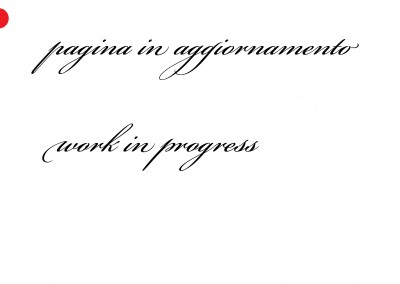